Fraternity Initiation Claimed the Life of My Son Harrison 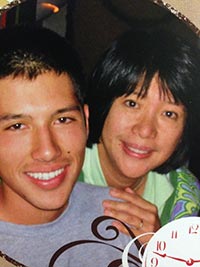 If he were alive today, my son Harrison would be over 30 years old. When my husband and I sent him to college in 2007, we never expected that he would die there. Harrison was on an academic scholarship and athletic scholarship for golf. He had a bright future, but tragically, he only lived to be 19 years old.

During his sophomore year, he told us he wanted the “full college experience,” which included joining a fraternity. We didn’t know much about fraternities or about hazing, and his school was very small, fewer than 3000 undergraduate students. We didn’t ask the questions, we didn’t research the organization.

Later that fall, I joined him for parents weekend. We had a wonderful time sightseeing in Asheville, N.C. He had started to enjoy photography and was happily clicking away. A month later, he was dead, so I cherish those fond memories of that time with him, time to bond with my son.

In November of 2008, the emergency department from the regional hospital near Harrison’s school called to tell us he was being airlifted to a trauma center in Charlotte, NC. They told me he had been playing football and hit his head, a story that would change several times before we learned the truth. I caught the next flight to Charlotte.

I arrived at the hospital to find him unconscious and on life support, so I called my husband, and he and my daughter, who was 10 at the time, flew up directly so we could be together. Only hours later we had to make the difficult decision to take our son off life support. My daughter wanted to say goodbye and hold Harrison’s hand.

Going back to Harrison’s room to gather his personal belongings was traumatic. And then the truth came out. Harrison’s fraternity big brother and fellow pledge told us that they were off campus doing a “team building” activity.

Later, I learned Harrison had been in an activity called “bulldogging.” Harrison, being a pledge, was told to wear light-colored clothing, and they were taken to a field 20 miles off campus. He and the other pledge had to run across a dark field and touch the “sacred rock.” The only light came from the moon or the headlights from parked cars.

The two pledges were not told that fraternity brothers wearing dark clothing waited in the field to tackle them without warning. Harrison was 6’2” and lean and played golf, he never played tackle sports; some of the fraternity brothers played football and weighed over 220 pounds. He was tackled one too many times and struck his head on the frozen field causing the brain injury that killed him. To make matters worse, he was not taken immediately to the hospital; had he been, he might have lived.

To help make Harrison’s death less senseless, I work to help prevent other families from going through the trauma mine has suffered. I have spoken to thousands of students and parents across the country telling them our story, Harrison’s story, and reinforce the fact that no one should ever have to experience mental or physical abuse or risk death to join a group.

When I speak to the college students, I challenge them to “do the right thing” and to do the “mom test”… is the activity you are doing or seeing one that your mom would approve of?

As part of my work, I encourage

When I speak to the college students, I challenge them to “do the right thing” and to do the “mom test”… is the activity you are doing or seeing one that your mom would approve of?

As parent, please pass the mom test along to your children, it might save a life. 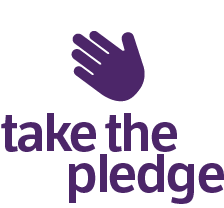